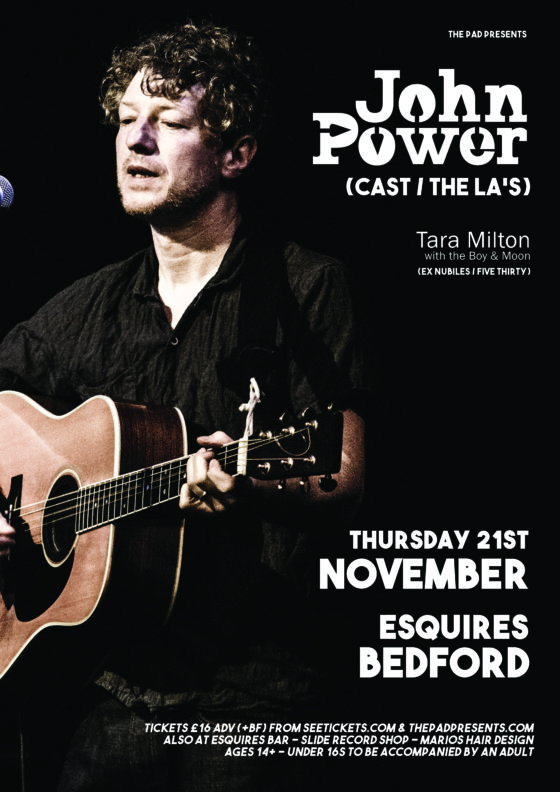 We are very pleased to be able to welcome John Power, the voice of some of indie music’s finest ever songs to Esquires for the very first time on Thursday 21st September.

With a career spanning decades in the the music industry in not just one, but two influential bands, John’s solo sets have seen him tour some of the best venues in the UK, playing songs from his extensive back catalogue.

Twenty years in the wilderness and former Five Thirty / Nubiles frontman returns with a stunning album which will surprise, delight and enchant anyone who wants to escape… from rock’n’roll and from the everyday. Tara returns to Esquires with his first ever confirmed live outing.