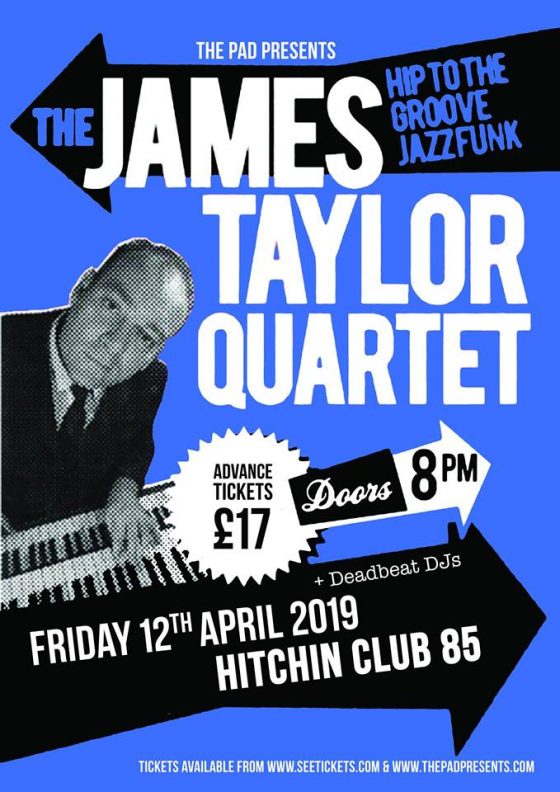 Skip forward 25 years and JTQ has evolved into one of the most exciting and well respected touring bands in the UK. With numerous albums to its name, the band’s recorded output is not to be scoffed at. ‘Prolific’ is an understatement, with albums touching genres as diverse as jazz, funk, soul, rock, and even rap, not to mention a handful of library albums in between. Each album is an absolute must for any Hammond fan: James’ playing providing a solid and accomplished lead as always. Live, the band is explosive, with a breathtaking, diverse unmatched back catalogue.

The evening features support from Deadbeat DJs, some of the finest spinners in the land, expect to DANCE.

Tickets priced £17 advance are on sale now from Seetickets and available from all usual local Club 85 outlets.