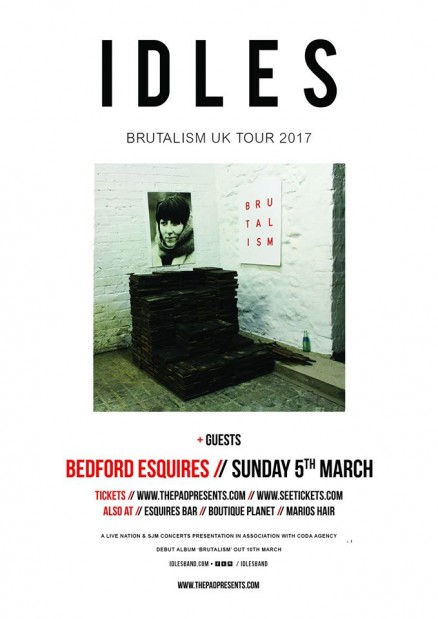 IDLES met as a quintet at the death of the indie scene in Bristol and began making visceral and sometimes unlistenable post-punk to a growing crowd. They began with their own club night Batcave and practicing religiously until they felt they had found their sound and their live show; with that in check they have now completed their first album and are savaged in hunger to play their music.

They want to give themselves and their art to the audience in a concise and violent way unrivalled by their peers. They have no qualms in terrifying and entertaining in the same breath. They celebrate their influences in a vitriolic and belligerent sound that is both familiar and new. They are a nose-bleed on the ears and they’re here to show you they care.

Tickets are £7 advance on sale right now from Seetickets, Esquires Bar, Planet Boutique and Marios Hair Design in Kempston Support line up to be announced shortly. This is a 14+ Ages show – Under 16s to be accompanied by an over 18.