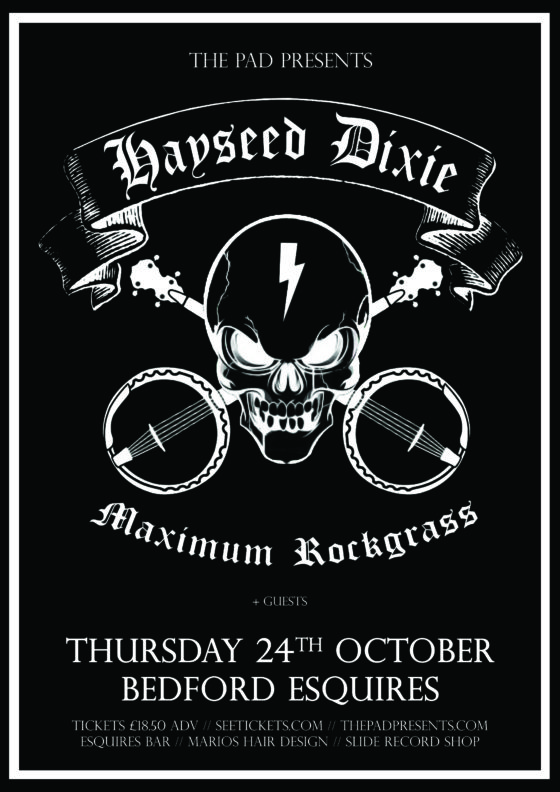 We are pleased to announce the very welcome return of the legendary bluegrass kings, Hayseed Dixie!

Hayseed Dixie began one innocent Summer day in 2000 when John Wheeler and Mike Daly drank roughly enough whiskey to float a battleship from the Florida Coast over to Portugal and back and decided to play around in John’s studio. Having spent the previous few years touring around with assorted country hat-acts, John had assembled a proper pile of recording equipment.

Thus when he and Mike discovered in their drunken epiphany that the Lost Highway of Reverend Hank Williams and the Highway to Hell of Bishop Bon Scott were indeed the same identical stretch of tarmac, they were well and truly prepared to document this revelation in situ.

Their last performance here in 2017 sold out weeks in advance, so we highly advise picking up advance tickets!

Tickets are £18.50 (+BF) from Seetickets or without booking fee from Slide Record Shop, Marios Hair and Esquires bar