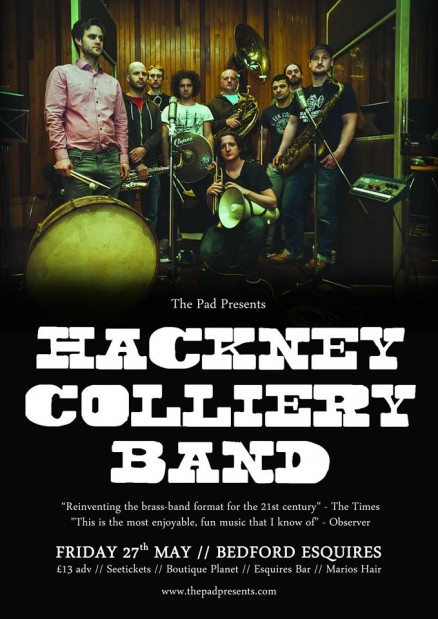 “Reinventing the brass-band format for the 21st century” – The Times
“This is the most enjoyable, fun music that I know of” – Observer

We are very excited to be bringing former Amy Winehouse live collaborators Hackney Colliery Band to Bedford Esquires on Friday 27th May, for what promises to be one of the finest shows the venue has ever seen.

The band released critically aclaimed debut album ‘Common Decency’ in 2013, and mix up their live sets between original compositions and their own take on other artists songs, including their infamous ‘Prodigy Medley’
…
The 9 piece brass band have backed some of the worlds finest, as well as selling out shows across the world in their own right. They describe themselves as Contemporary brass rock/hip-hop/Balkan/afrobeat/jazz music – All we know is it’s going to be fun!

Tickets are £13 adv, on sale from seetickets