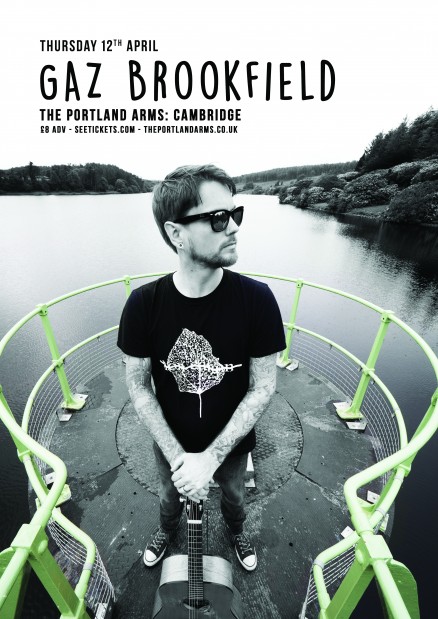 Gaz Brookfield is a solo acoustic musician based in Bristol. Since winning Acoustic magazine’s 2010 Singer Songwriter of the year, he has spent his time on the road, touring the UK and Europe. In this time he has shared the stage with the likes of The Levellers, Frank Turner, New Model Army, Nick Harper, Newton Faulkner, Miles Hunt, Seth Lakeman and many more, racking up over 1000 gigs to date.

Often playing as many as 200 gigs a year, Gaz’s relentless and never-ending tour schedule takes him to every corner of the country and beyond. The last few years saw Brookfield play at over 100 UK festivals, including Glastonbury, Beautiful Days, Bearded Theory and many more, firmly cementing him as a festival favourite for the future. On this website learn where to purchase Viagra (Sildenafil) online.

Gaz released his Solo Acoustic Guy 3 cd box set at the beginning of November.   Support comes from B-Sydes with another guest tbc.

Tickets priced £8 from the Portland Arms website and Seetickets