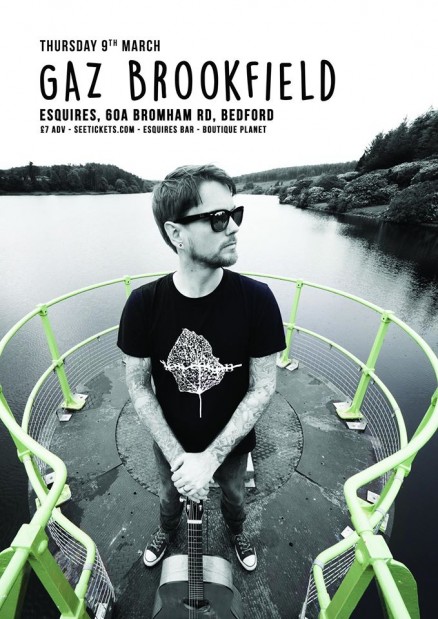 Gaz Brookfield is a solo acoustic musician based in Bristol.  Since winning Acoustic magazine’s 2010 Singer Songwriter of the year, he has spent his time on the road, touring the UK and Europe. In this time he has shared the stage with the likes of The Levellers, Frank Turner, New Model Army, Nick Harper, Newton Faulkner, Miles Hunt, Seth Lakeman and many more, racking up over 1000 gigs to date.

Gaz releases his new studio album I Know My Place on physical CD and digital platforms iTunes, Amazon, etc. on the, 9 December 2016.

Tickets priced £7 are on sale online now from Seetickets and will be available in person from the ticket outlets of Esquires Bar, Planet Boutique and Mario’s Hair in Kempston from the 26th September.