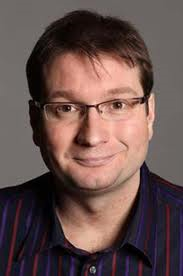 Following performances on Mock The Week, Dave’s One Night Stand and 5 Live’s Seven Day Sunday, Gary Delaney embarks on his highly anticipated debut tour. He thinks that most shows don’t contain enough jokes, and is trying to single handedly redress the balance.

Don’t expect: Narrative, themes or a voyage of self discovery.

“One of Britain’s grandmaster of the one-liners” Chortle

Try before you buy:

I could tell it was a Monopoly board from the word Go.

I accidently filled the escort with diesel. She died.

Support on the night, the wonderful STEVE DAY:

Steve Day is a truly unique comedian – warm, witty and engaging whilst dealing with the dilemmas of being a deaf man in a hearing world. His stories of multiple children, wearing a suit and the problems caused by not knowing how words are pronounced will have audiences in raptures, and his uplifting tales of overcoming the obstacles in his path will leave crowds feeling inspired. Steve is a favourite at many venues around the UK and abroad and is quickly establishing himself as one of the most popular and respected acts on the circuit.