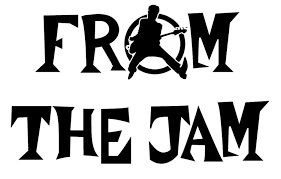 From The Jam ‘The Public Gets What the Public Wants tour’

No strangers to Wellingborough, FROM THE JAM ft Bruce Foxton return to The Castle and this time round the band will be performing a greatest hits show – The Public Gets What the Public Wants.

From The Jam will be performing a selection of the classic hits and great album tracks from across their fantastic catalogue.  The Jam had amazing chart success with 18 singles and 7 albums to make the top 40 in the United Kingdom from their debut in 1977 to their break up in 1982. Their last 5 albums were all top ten hits and their last 8 singles made it into the top 10.

Classic singles include:  In the City · All Around the World · The Modern World · News of the World,· Strange Town, When You’re Young, The Eton Rifles, Going Underground · Dreams of Children, Start!, That’s Entertainment, Funeral Pyre, Absolute Beginners, Town Called Malice, Precious · Just Who Is the 5 O’clock Hero?, The Bitterest Pill (I Ever Had to Swallow), Beat Surrender

The album legacy includes: In the City · This Is the Modern World ·All Mod Cons · Setting Sons · Sound Affects · The Gift