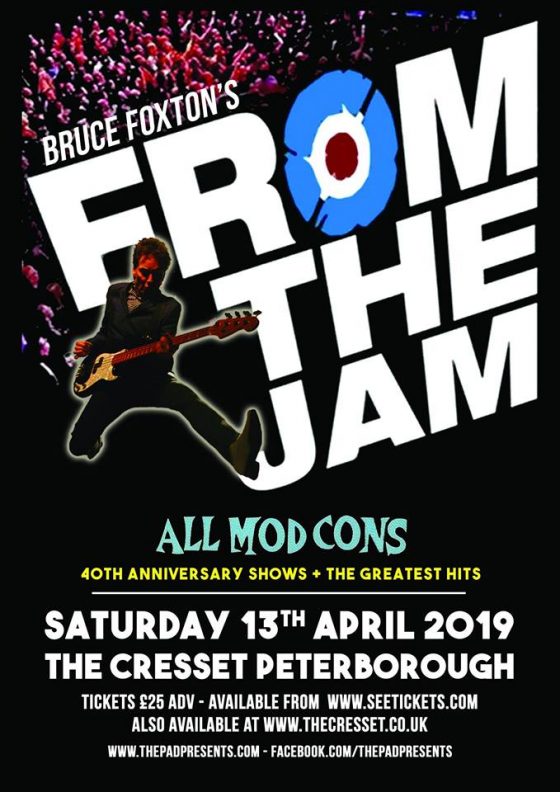 From the Jam ft Bruce Foxton

2018 sees the 40th Anniversary of the release of ‘All Mod Cons’ the third album release by The Jam.

Back for another show at The Cresset following a sell-out show in 2017, this time round the band will be performing hits from the All Mod Cons album, including one of their most commercially successful singles, ‘Down In The Tube Station At Midnight’. British Invasion Pop influences run throughout the album, including the bands’ take on The Kinks’ ‘David Watts’. This show will see the band perform tracks from the iconic album, followed by a selection of the classic hits and great album tracks from across their fantastic catalogue.

The Jam had amazing chart success with 18 singles and 7 albums to make the top 40 in the United Kingdom from their debut in 1977 to their break up in 1982. Their last 5 albums were all top ten hits and their last 8 singles made it into the top 10. Those attending this gig can expect to hear masses of classic Jam hits such as Down In The Tube Station At Midnight, Going Underground, Town Called Malice and The Modern World and many more…..