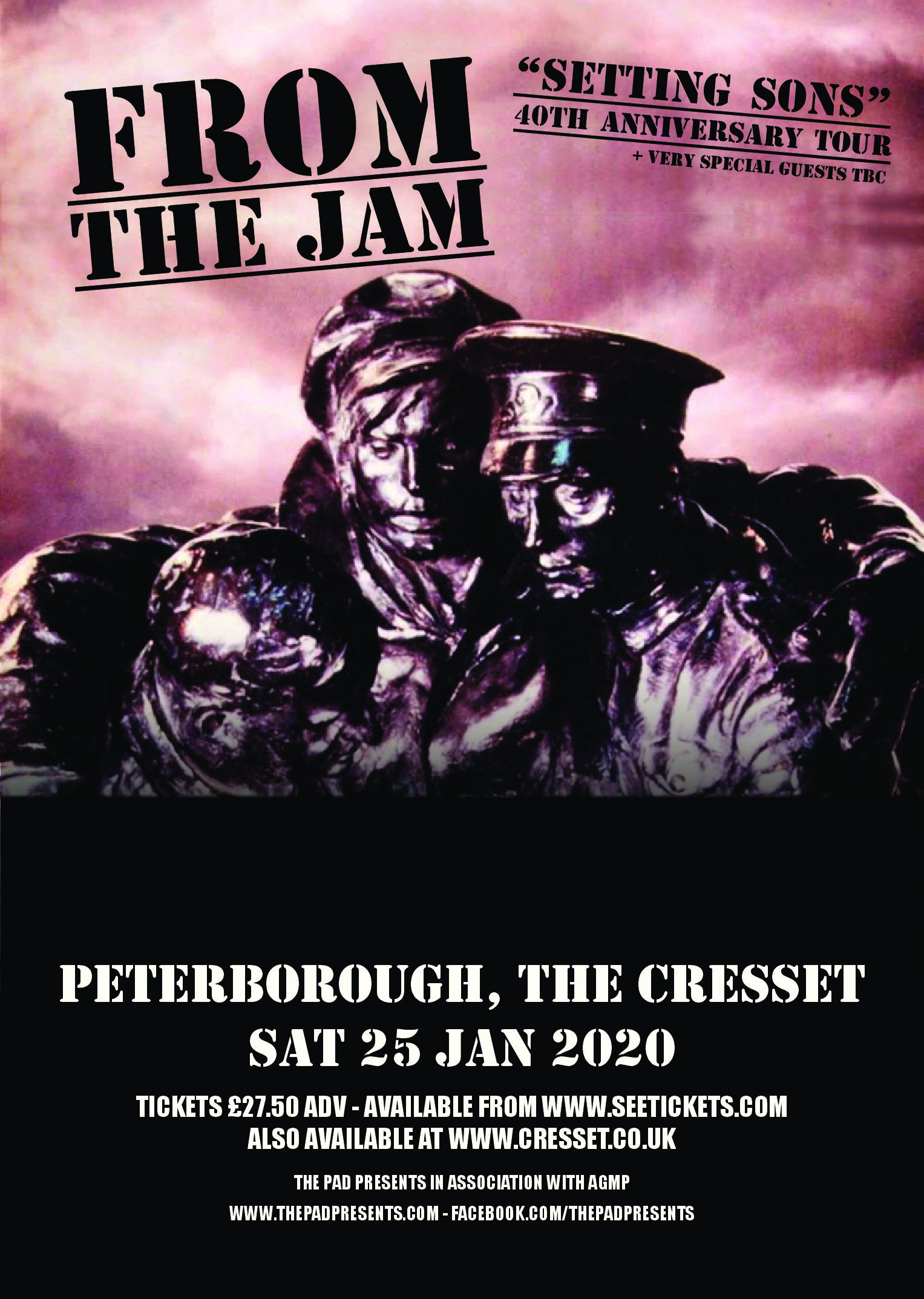 FROM THE JAM Ft Bruce Foxton

We welcome From the Jam back to The Cresset following their sold out show in 2017.

This autumn and into spring 2020 From the Jam will tour the UK celebrating the 40th Anniversary of The Jam’s 4th studio album ‘Setting Sons’. The critically acclaimed album reached #4 in the UK and was the band’s first album to enter the US charts. Succeeding ‘All Mod Cons’, the album became a commercial success, earning them their first top ten hit single – ‘The Eton Rifles’.