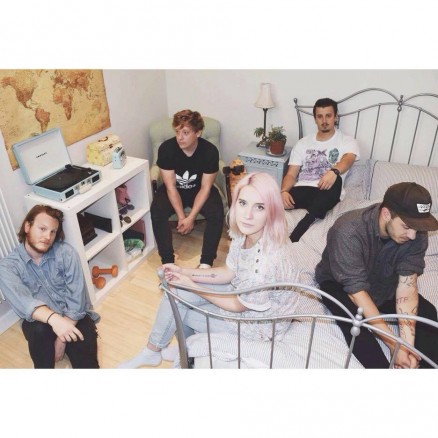 After becoming HypeMachine’s 25th most blogged artist of 2014, the band have also received acclaim from Zane Lowe, Billboard & BBC Introducing.

Fickle Friends’ upbeat summertime synth-pop has made them a firm festival favourite. This year they embark upon their first UK headline tour and will be releasing their debut EP ‘VELVET’.

“One of the most blogged bands on the planet, and quite rightly so too, as their music is ridiculously infectious”
Kick Kick Snare