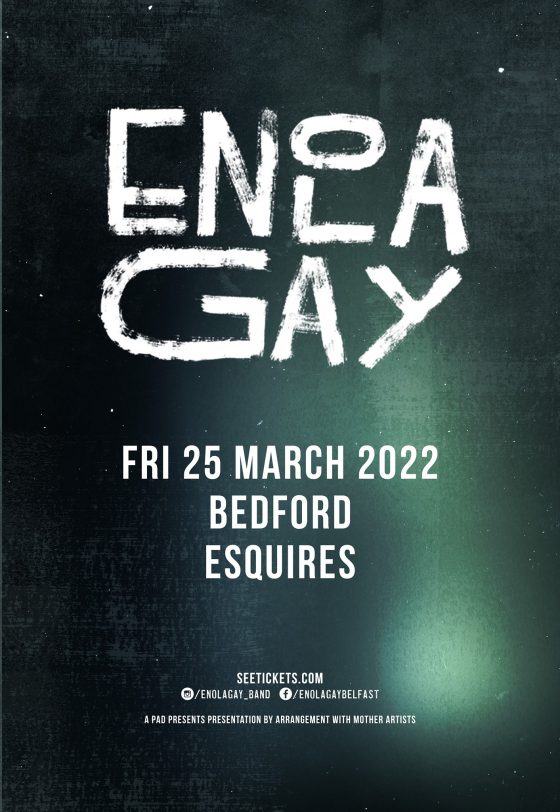 Enola Gay
Friday 25th March 2022
Bedford Esquires (Room 2)
Doors at 8pm
Tickets £10 adv
We are excited to welcome Belfast based Irish noise rock/post-punk 4-piece Enola Gay to Esquires in March 2022.
Formed in late 2019, with socially aware vocals and a bed of reverb-soaked buzz-saw guitar layered on top of a driving rhythm that draws as much inspiration from left-field electronica as it does from post-punk heroes of the late 70s / early 80s, Enola Gay have already crafted a unique sound that has drawn widespread acclaim from key industry figures and music fans around the globe, culminating with them being chosen to perform at IMW, ESNS, and SXSW for their 6th, 7th and 8th performances ever.
Quickly following their second single ‘Sofa Surfing’ that lead BBC 6Music’s Steve Lamacq to tout them as one of the next big acts, Enola Gay make their highly anticipated return with the
nosier and heavier track ‘Through Men’s Eyes’.

Tickets are £10 in advance + booking fee from seetickets: