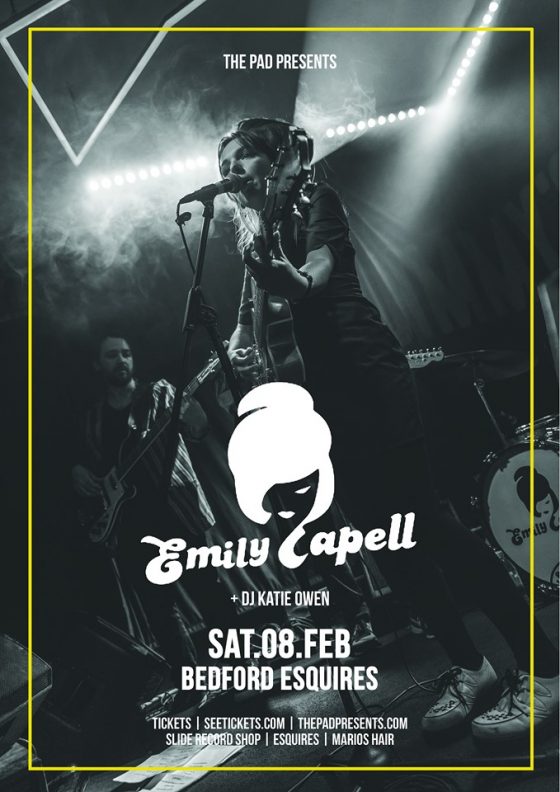 Emily Capell is a singer songwriter and musician from North West London. With a wide range of influences from Dolly Parton to The Clash, Emily has brought a new genre of country, ska, doo wopp and pop to the 2019 music scene.

Since starting out in 2010 Emily has released 3 EPs entitled ‘Who Killed Smiley Culture?, ‘Who Framed Winston Silcott?’ And ‘Who Stands With Latasha Harlins?” Her much anticipated debut album ‘Combat Frock’ will be released in October 2019.

As well as relentless touring, Emily has supported Texas on their 2017 world tour, Rhoda Dakar, Glen Matlock, The Blockheads, The Blinders, Roddy Radiation and Mari Wilson. Building up a big following on the way Emily has played Glastonbury, Isle of Wight, Reading and Lattitude festivals.

In 2018 Emily won the ‘Jools Holland Best Newcomer’ award at the Boisdale venues. She has been record of the week on Radio X, 6 music and BBC radio London with her floor filler infection track ‘Bonanza.’

With her work ethic, politically charged lyrics, acute social commentary, catchy tunes and mesmerising vocals, Emily has become one of the UK’s young hot underground success stories.
Her unique personality and independence has earned her a dedicated following across the UK and abroad.

‘waif-like post-Amy Winehouse charisma and powerful voice dealing out a thirty minute set of great classic pop songs. The band are razor tight with ska chops entwining with the perfect tumbling sixties choruses and big melodies that dominate the songs making them all sound like perfect hits’
– Louder than War