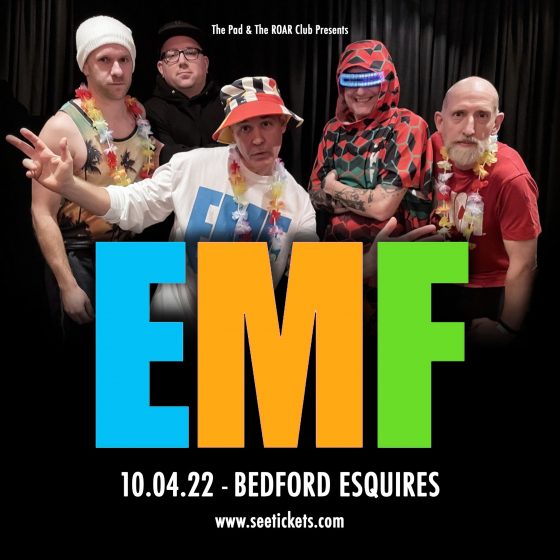 EMF – GO GO SAPIENS
Live at Bedford Esquires – Sunday 10th April
EMF, the band responsible for the chart topping smash hit “Unbelievable,” are back with their first album of all-new material since 1995.
GO GO SAPIENS is the album fans have been patiently waiting for. It begins a fresh new era of EMF. Funded by and created for these dedicated fans of the band, the new album reinvents the classic EMF sound.
The album features 11 tracks written and recorded during the summer of 2021. The lead single from the album will be the blistering rock track called “Sister Sandinista.” The first single and album preorder (available on CD/vinyl) will go live worldwide on 1st March 2022. Fans who preorder any format of the album will instantly get a digital download of “Sister Sandinista.”
EMF are excited to showcase their new material, and are planning to conduct a small UK tour in April of 2022 bringing the show to Bedford for their very first visit to the venue on Sunday 10th April
Tickets for all shows will go on sale 4th February