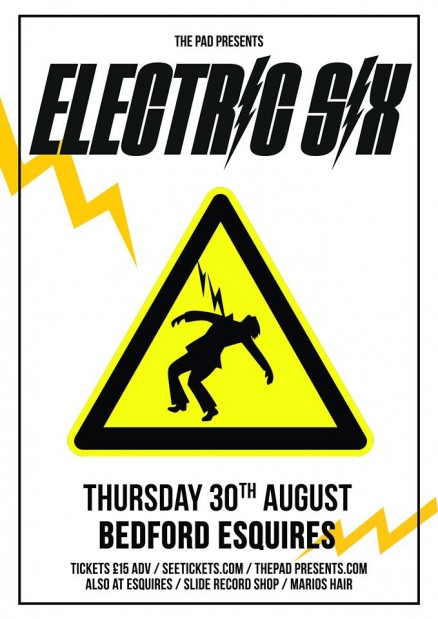 DANGER, DANGER! We are thrilled to announce that one of the finest party bands on the planet are coming to take you to a Gay Bar (or Bedford Esquires!) on 30th August, with Electric Six headlining the main stage.

Make sure you pick up tickets in advance for this one, they’re going to go quick!