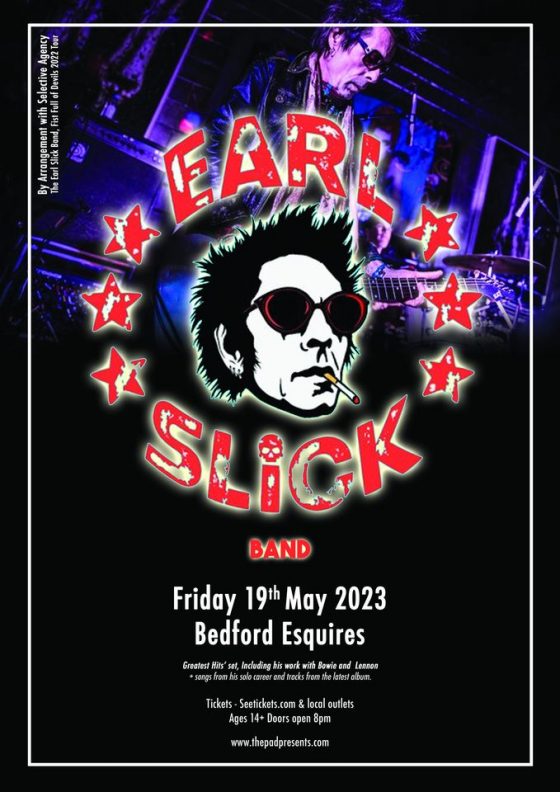 **This date has been rescheduled, please see the note from the band:

It’s with a heavy heart that we have decided to postpone our Fistful Of Devils Tour again. Slicky is making a steady recovery from Lyme disease but is still not back to full fitness and with the tour only two months away it would have been a gamble for everyone involved to carry on as planned.

By postponing to 2023 we are giving Slick the best chance of being fighting fit for then. We’re sorry for the inconvenience and we promise to make them the best comeback shows since Elvis. Thanks in advance for your understanding.  Jesse

The show is a ‘Greatest Hits’ set including some of his iconic work with David Bowie (David Live, Young Americans, Station to Station, Heathen, Reality, The Next Day) & John Lennon + Yoko (Double Fantasy, Milk & Honey, Season of Glass) Ian Hunter (Overnight Angels, Into The Light) Robert Smith , songs from his solo career and tracks from their latest album.

Tickets priced £20 are on sale from Friday 3rd December from Seetickets online or in person from Esquires Bar / Slide Record Store in The Arcade, Bedford.