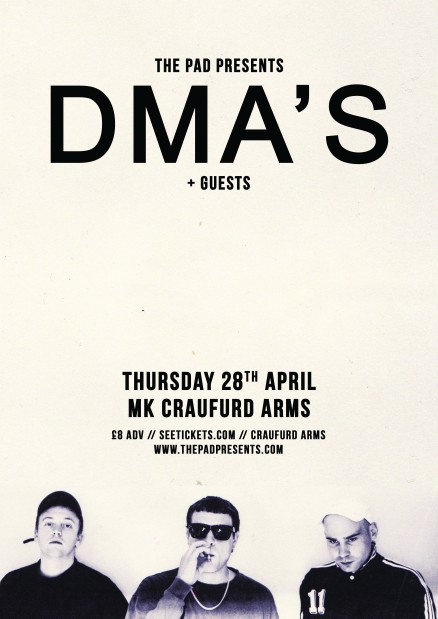 We are very pleased to announce that we’ve secured another date for Aussie powerhouse DMA’S this year, having seen the band wipe the floor with a gobsmacked Esquires audience at the tail end of summer 2015.

A band that truly need to be seen live to understand just how good they are, DMA’s first caught our attention suppoting The Maccabees at The Great Escape last year. A string of UK dates followed, all building to the release of their debut UK single ‘Delete’, which was A Listed on BBC Radio 1 for several weeks, quite a feat for a modern day guitar band. Purchase Lasix 40 mg from and cheap Lasix online without prescription.

They released their debut album ‘Hill’s End’ a couple of weeks back, which currently sits comfortably in the UK top 40, and come to the Craufurd Arms as a special warm up show to their largest UK tour to date. We strongly suggest picking up tickets in advance for this one, this band are about to go stratospheric. Support to be announced.