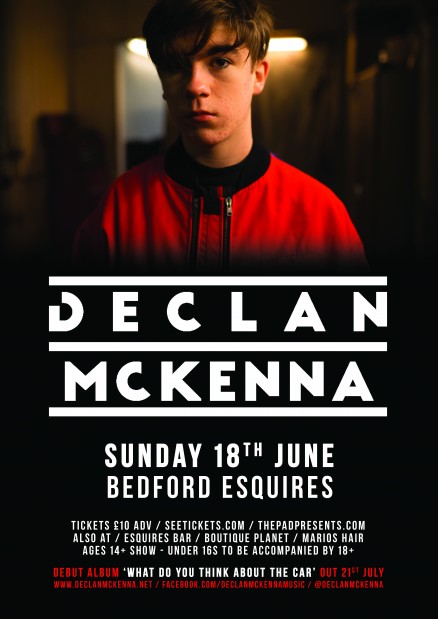 Declan McKenna is an English singer, songwriter, and musician from Hertfordshire. He won the Glastonbury Festival’s Emerging Talent Competition in 2015.

He writes alternative indie-pop music with influences from artists such as David Bowie. He has toured in the UK, Europe and in the US. His debut album, What do You Think About the Car, is due July 2017.

Declan is known for his outspoken political views, including in his songs such as ‘Brazil’ which portrays a social commentary on the corruption within the Fifa organisation and comes back to Esquires having supported Blossoms a couple of years back at the start of his journey.

Brazil has just been re-released and is A-Listed on radio one and we expect this to sell out, so early ticket purchased highly advised!

Tickets £10 advance, on sale now from Seetickets & the usual outlets