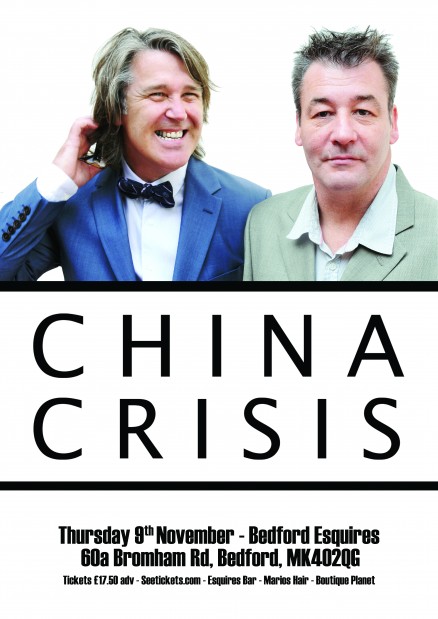 China Crisis is are English pop/rock band formed in 1979 in Kirkby, near Liverpool, Merseyside with a core of vocalist/keyboardist Gary Daly and guitarist Eddie Lundon.

China Crisis were originally assimilated in the batch of new wave Liverpool acts of the late 1970s and early 1980s, led by OMD and also including The Teardrop Explodes, A Flock of Seagulls and Frankie Goes to Hollywood.

After a sell-out tours of the UK and America in 2016, China Crisis return in support of their new album ‘Autumn in the Neighbourhood’ their first album of new material in 20 years from which they will perform a few tracks as well as a host classics from the back catalogue.