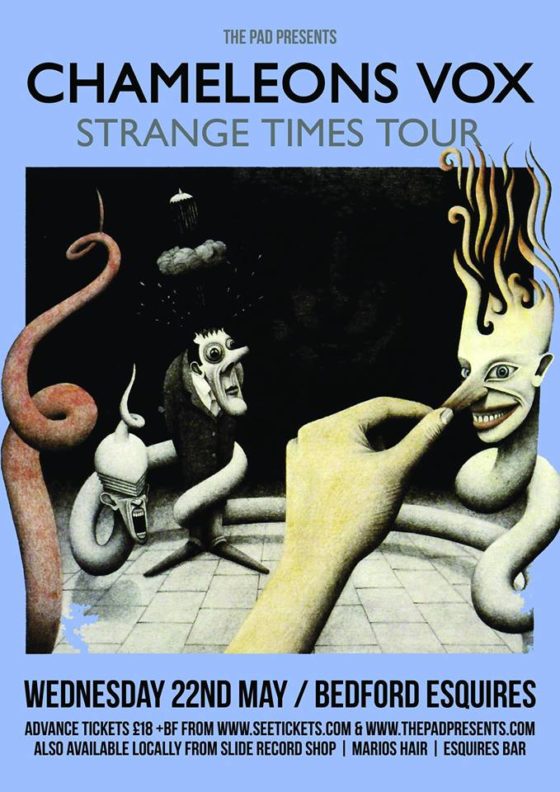 The Chameleons (vox) is the continuation of The Chameleons UK, arguably the most widely influential guitar band ever to come out of Manchester, England.

Over the last five years the band has performed sold out shows across Europe and the United States.

They return to us after their sold out show last year, this time armed with their brilliant third album ‘Strange Times’, playing the album in full and select cuts from their other studio albums.

Tickets are £18 + BF, on sale now from Seetickets and also available from in person from Slide Record Store, Esquires Bar & Mario’s Hair Design.