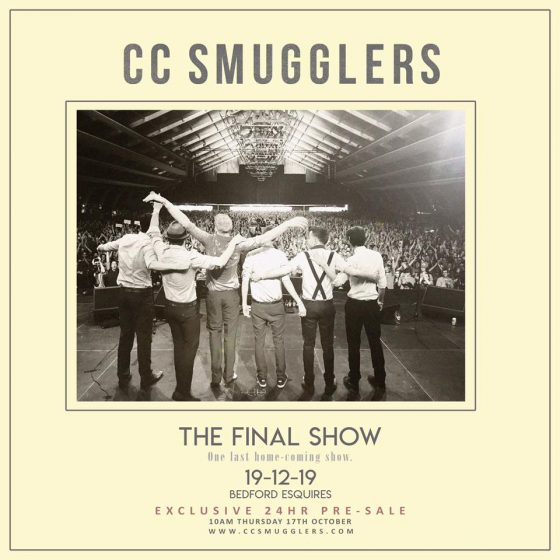 A band that we’ve worked very closely with over the years, CC Smugglers are sadly calling it a day. The band have come under many pressures recently, including losing over £20K in the Pledge Music fiasco in 2018.

Always one of our absolute faves, the band have decided to play one final show at Esquires to say goodbye.

The Final Show. The homecoming. This Christmas 19th December. Don’t miss it.