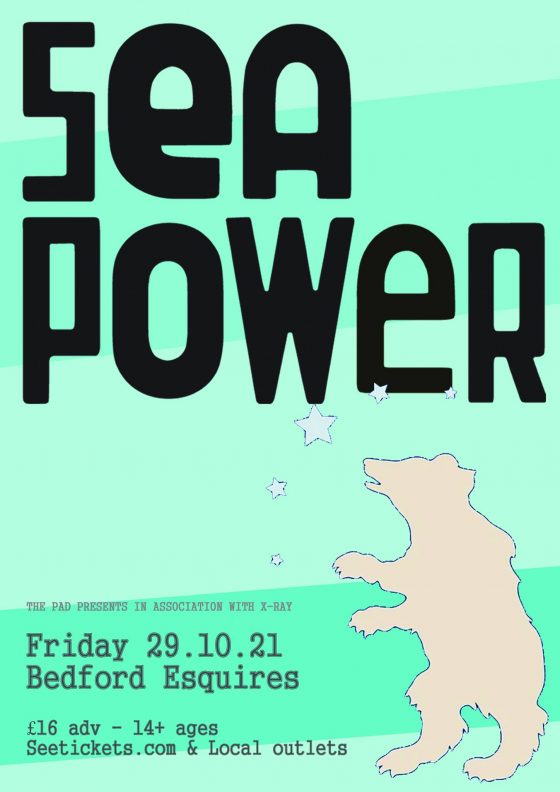 THIS DATE IS RESCHEDULED FROM SUNDAY 14TH JUNE / FRIDAY 23RD OCT & FRI 12TH FEB 2020 AND NOW TAKES PLACE ON FRIDAY 29TH OCTOBER2021  ALL TICKETS REMAIN VALID FOR THE NEW DATE. IF YOU CAN’T MAKE THE NEW DATE, PLEASE OBTAIN A REFUND FROM THE POINT OF PURCHASE

A booking many years in the making, we are very pleased to announce that British Sea Power will be gracing the Esquires stage!

A sextet from Natland, Cumbria, England, British Sea Power are a rather conceptual indie band — compared more than once to Joy Division and the Cure — whose music incorporates elements of art rock and post-rock experimentalism. The group was formed in 2000 by brothers Yan Scott Wilkinson(vocals and guitar) and Neil Hamilton Wilkinson (vocals, guitar, and bass), who teamed up with a longtime friend, drummer Matthew Wood. When Yan enrolled at the University of Reading, he met like-minded musician Martin Noble, who played guitar and keyboards, and soon they began performing under the name British Air Powers, changing the name to British Sea Power after a song from their early repertoire.

Their live shows received notice early on, thanks in no small part to the group’s offbeat theatrics and visual flair (the band often wore military uniforms, large stuffed birds, and artificial plants were a big part of their stage set, and a man in a bear costume sometimes joined them on-stage). Rough Trade’s Geoff Travis was impressed by one of British Sea Power’s (literally) wild performances and signed them, the rest they say, is history.

Tickets are £16 adv, on sale from Friday 7th February from:
https://www.seetickets.com/event/british-sea-power/bedford-esquires/1496627