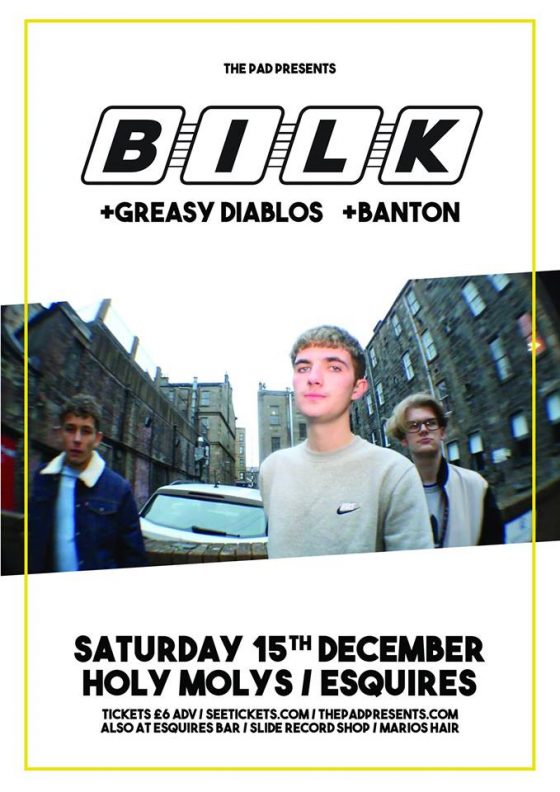 We are pleased to announce the return of BILK to Esquires, one of our top picks of bands to look out for in 2019.

Essex based working class indie 3-piece Bilk release single ‘Spiked’ following on from the success of their debut ‘Give Up’ both produced by Rich Turvey (Blossoms, The Coral) at Parr Street Studios, Liverpool.

The eighteen year olds social commentary made an impressive impact. ‘Give Up’ was added to the Radio X’s evening playlist after massive support from John Kennedy. They’ve also had several spot plays from Lauren Laverne (6Music), BBC Introducing on Radio 1 and outstanding write-ups on Fresh On The Net, The Blue Walrus & The Devil Has The Best Tuna, plus many more.

Tickets are also available from the support artists.