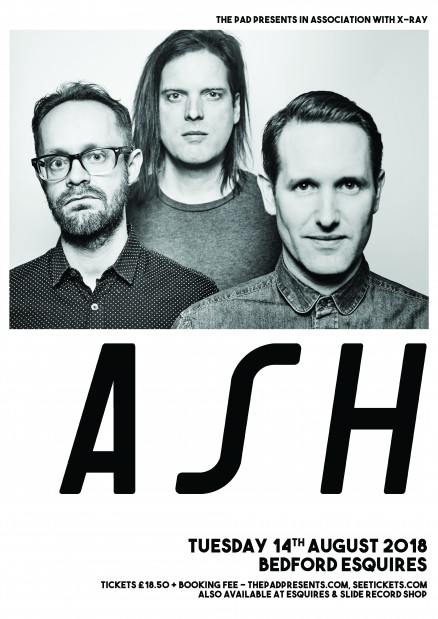 Pleased to announce the Pad Presents we have Ash playing Bedford Esquires on Tuesday 14th August.

The band have just released their new album Islands in May heading straight into the Top 20.

Tickets priced £18.50 are on sale at 10am on Friday 1st June from Seetickets. There will also be a limited amount of tickets from Slide Record Store open from 10am on the same day.